“I Drive Better When I’m High.” You Sure About That? 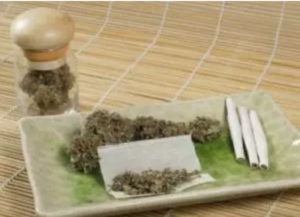 If you smoke marijuana in Colorado or know someone who does, you may have heard something like this before: “I actually drive better when I’m high.” There are plenty of reasons people might think this – for some people, weed induces light paranoia which may make them more careful on the road, for example. Some people will even cite studies showing that driving high is much less dangerous than driving drunk. That appears to be true – however, it does not mean that driving high is safe.

What the Studies Show about Drugged Driving

In 2000, a study published in Human Psychopharmacology took test subjects and put them in four groups: placebo, stoned, drunk, and stoned and drunk at the same time (how the placebo works in this situation…we’re not entirely sure, but roll with it). Those test subjects were then placed on a driving course with a driving instructor and monitored via electronic device. The device measured the car’s distance from the left lane line. What the study was trying to do was determine how alcohol, marijuana and the combination of the two affected standard deviation of lateral position (SDLP) – in less fancy words, the combination of weaving, swerving and overcorrecting.

So, are your friends wrong when they say that they drive better high? Not necessarily. Every driver is different. What turns one driver into a blubbering, panicking mess may allow another driver to be alert, attentive and safe. However, marijuana can produce some impairment, and driving under the influence of marijuana is a crime – so keep that in mind.

In the Heat of the Summer, Watch Out for BUI

In the Heat of the Summer, Watch Out for BUI