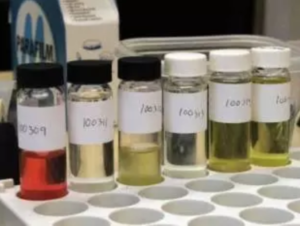 With the introduction of legal recreational and medical marijuana use, the aim of drug testing has shifted from attempting to detect the mere presence of cannabis in the body (easily done with a urine sample) to determining exactly how much pot is in someone’s system (completed through a more laborious blood test). The blood test is a very controversial method for assessing whether someone is acting under the influence of marijuana though, as the drug’s active ingredient doesn’t manifest itself as consistently as alcohol in all users. In fact, Westword Pot Critic William Breathes ran a now infamous experiment in which he tested positive for nearly three times the legal limit for marijuana a full night after his last smoke.

We had tons of questions about this whole process, so we sat down with the director of a chemical testing laboratory in Minnesota to try and get some answers. Here’s what we learned:

1. The legal limit for stoned driving is fair. Colorado set a driving limit of 5 nanograms of delta-9-tetrahydrocannabinol (THC, the psychoactive chemical in marijuana) per milliliter of blood. Some have complained the limit is too low, especially for habitual pot users, while others suggest the limit is too high and that even 1 ng/ml would imply impairment. The lab director, however, thought 5 ng/ml was an accurate threshold based on data from Europe, where drugged driving has been studied in-depth. THC, by the way, affects reaction times, depth perception, and may cause paranoia; the signs of impairment may differ, but driving stoned is just as risky as driving drunk.

2. Having said that, chronic users could have 5 nanograms of THC in their body at all times. The more regularly someone uses marijuana, the longer it takes to dissipate. Colorado attempts to account for this by issuing a permissible inference caveat to the DUI law, meaning the 5 nanogram per milliliter limit is only a presumption, not a direct confirmation, of stoned driving. Medical experts, therefore, could certainly make the case that people were completely sober with 7 or 10 nanograms of THC in their systems—especially in medical marijuana users.

3. Time is of the essence for measuring active THC levels. With drunk driving, authorities have a two-hour limit to test blood-alcohol concentration but Colorado has not yet set a time period for measuring psychoactive THC. According to lab technicians, that’s problematic because THC’s parent compound has a pretty short life-span; in first-time users, for example, 100 nanograms of THC could drop down to 5 nanograms in about five hours. The remaining metabolites (THC-COOH), however, are eliminated much slower and could stay in the body for up to 30 days in heavy users. Those residual metabolites are not a valid indicator of being under the influence though, so drawing a specimen soon after marijuana is consumed is certainly a key factor in determining whether someone was actually impaired while driving.

4. THC is fat-soluble, which is why it leaves the body so slowly. It’s also why THC takes a long time to become undetectable in urine, and why peeing in a cup really isn’t an accurate determination of insobriety. The fascinating thing about THC is that it creates a depot of the drug in your body—a stockpile, if you will—that continues to seep out of the fat tissue even when you’ve stopped consuming additional marijuana. Alcohol, in comparison, is water-soluble, so your body rids itself of a certain amount per hour and you could literally “sleep it off.”

5. The blood test doesn’t reveal any differences between smoking, ingesting, or vaporizing marijuana. That being said, smoking weed causes faster impairment than ingesting it, as the THC gets absorbed in the lungs and can easily spread from there. This is not true with edibles because most of the dose disappears into the liver, where it gets metabolized before releasing into the bloodstream. Furthermore, different strains of marijuana have different potencies (like drinking vodka versus drinking beer), which, along with the user and the method of consumption, widely affects the rate the 5 nanogram per milliliter limit is reached.

6. For the time being, a blood test is the most precise measure of active THC. Formal testing procedures are written into the DUI law, but when all is said and done, there are probably better—and more prompt—methods out there. There’s been talk of a marijuana breathalyzer, but the technology isn’t quite there yet. This is partly because the lungs don’t release THC the way they release alcohol, and partly because there are a number of molecules in the air that could taint the sample. Similarly, saliva testing fails because there’s too great a contribution of contamination to accurately test the parent compound; there could also be leftover bits of THC from a previous use that would skew the current blood content level. Interestingly, testing strands of hair can reveal cannabis use as well, but again, this is more suitable for detecting past use of THC in general as opposed to calculating a finite amount of the chemical at present.

The ideal test, therefore, would be a finger-prick blood sample that is produced at the time of arrest instead of a blood draw performed several hours later at a lab. Unfortunately, the current testing method requires a lot more blood—about a 7ml tube– than a fingerstick provides to be accurate. Incidentally, the legal limit for THC applies to a sample of whole blood and not serum or plasma, which has a higher concentration of THC in the first place.

In short, the testing procedures for marijuana content can be just as accurate as those for alcohol, but it will be a few years till the legal standards catch up to the science. That gap could work to your advantage though, so let us know if you have questions about blood testing and we’ll get our team of experts right on it!