Will the Supreme Court End Marijuana Legalization in Colorado? 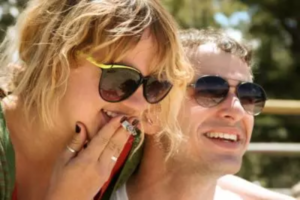 A few weeks ago, Nebraska and Oklahoma filed a lawsuit against Colorado before the U.S. Supreme Court in a rare move of states suing other states. So what got our neighbors’ underwear all up in a bunch? The marijuana legalization laws, of course. They claim our pot laws have negatively affected their states by bringing in marijuana across state lines, putting stress on their criminal justice systems and treasuries. (Of course, before marijuana was legalized here, no one ever would take weed across state lines, right?) They seek to have the highest court in the land remove our right to govern ourselves, claiming the Supremacy Clause prevents Colorado from passing laws that conflict with the federal government’s ban on marijuana.

Governor Hickenlooper spoke out against the lawsuit to the Denver Post, arguing it was completely without merit. The governor was the voice of reason: “I’m not sure filing a lawsuit is the most constructive way to find a solution to whatever issues there are.” He claimed to have spoken to officials in Oklahoma and Nebraska to hear their concerns and come to constructive resolutions, but so far, the lawsuit is pending.

Follow Our Blog and Social Media for the Latest Marijuana Law News!

Our blog and Facebook page will follow any move by the Supreme Court and other news that affects our residents’ rights. As DUI defense attorneys , we believe adults should be able to responsibly enjoy marijuana; just don’t drive while intoxicated or drive across state lines with the stash. When coming home from a dispensary, keep it in the sealed bag in the trunk to avoid problems. Maybe convince some friends from Nebraska and Oklahoma to come over, relax and talk this out over a bowl. Can’t we all just get along?