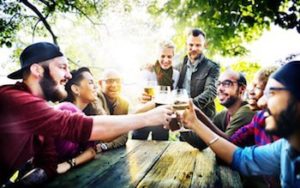 Not long ago, we blogged about a study conducted by the Colorado Department of Transportation (CDOT) and BACtrack, a company that makes breathalyzers for smartphones. The study involved giving free breathalyzers to random participants throughout Denver and asking the recipients to report their experiences with the breathalyzers to CDOT. Reducing drunk driving was the goal of the study, which recently concluded. Here’s what CDOT has to say about the results.

While smartphone breathalyzers have proven a powerful awareness and deterrent tool for drunk driving, CDOT still recommends that drinkers plan ahead for safe rides home, instead of relying on the breathalyzer to prevent DUI.

Our Denver drunk driving attorneys have experience as former prosecutors. We know the strategies police and the courts will use to maximize your DUI penalties and we can help provide effective defenses against those strategies.

Free Lyft Rides for Drunk Coloradans through the Holiday Season

Free Lyft Rides for Drunk Coloradans through the Holiday Season