Yes, You Can Still Be Fired For Using Marijuana Legally 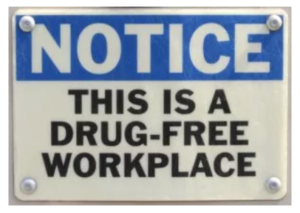 Let’s admit it. We all spend much of the workday waiting for quitting time, for those precious few hours when we get to stick it to the man and do exactly as we please. Yet “the man” often has a way of regulating our off-duty activities as well.

Coaches put athletes on sex bans before the big game, producers forbid actors from riding motorcycles during filming, and even your crooked tie-wearing, watercooler gossip of a boss has the right to stop you from getting stoned in the privacy of your own home.

That’s right. Although Colorado has legalized recreational marijuana in small amounts, employers can still institute a zero-tolerance drug policy—and not just in the workplace. The reasoning is simple: the choices people make before clocking in impact job performance, and every supervisor wants to limit the liability of those actions. Since it’s difficult to predict just how long an employee will be under the influence of marijuana (it can linger in the system for days), most companies are sticking with an all-out drug ban.

It may seem unfair to receive a pink slip for engaging in an otherwise legal pastime, yet courts in Colorado (and Washington, Oregon, and California, for that matter) have so far upheld employers’ rights to maintain a drug-free code of conduct. The spotlight is currently on Brandon Coats, a quadriplegic and medical-marijuana patient, who was fired from the customer service department at Dish Network for failing a company drug test. He never used the drug at work, but the courts decided the aftereffects of his leisure-time activities still posed a risk to his colleagues and clientele. Colorado Attorney General John Suthers supported Dish’s right to terminate Coats, noting a lax drug policy prohibits employees from performing their jobs competently and could potentially endanger the safety of others.

While we certainly wouldn’t want the school-bus driver getting stoned the night before she picks up our children, this isn’t just a public safety debate. Another medical-marijuana user let go, again, for failing a company drug test, was denied unemployment benefits due to “the presence of not medically prescribed controlled substances” in his system during office hours. The court claimed that because marijuana is still a federally-banned drug, doctors only suggest it could be beneficial to a patient; they never prescribe dosages outright. In light of that federal ban, therefore, an employer does not have to adjust his drug stance to accommodate medical-marijuana users (unless they’re in Arizona or Delaware, that is), or recreational users in 420-friendly states.

The Colorado Supreme Court is expected to make a definitive ruling in the Coats case later this month, which should clear up exactly what an employer can and can’t do about that Saturday night joint. In the meantime, we recommend reviewing your company’s drug policy at your earliest convenience. If you work for a national organization, a state or federal agency, or an educational facility, it’s highly likely you are bound to a zero-tolerance drug agreement—which means you’ll either have to find a weed-friendly job, or another way to blow off some steam.

Thomas Law Firm has experienced employment attorneys on our team; please contact us at 720.542.6148 to better understand how your marijuana habits could affect your job prospects.

5 Marijuana Laws You Need To Know

5 Marijuana Laws You Need To Know