What Can Yik Yak Tell Us about College Student Drug and Alcohol Use? 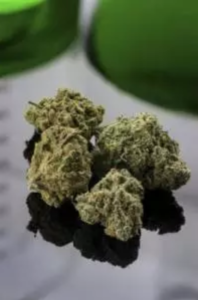 So, what is Yik Yak? If you’re not currently in college, you might not have ever heard of it. Basically, Yik Yak is an anonymous social media platform where users are able to post “yaks” for the world to see. What is interesting about this blend of anonymity and the app’s popularity with college students is that we can look into the yaks as a way to gauge things like underage drinking and drug use on college campuses. Because it’s anonymous, things can be posted without repercussion – so people are that much more likely to be honest.

After culling data from a five-mile radius of several college campuses, researchers filtered yaks and found that nearly 20 percent of them were related to health in some way, including alcohol consumption, tobacco and other drugs. Researchers then broke the data down further into groups: substance abuse, solicitation, social groups, addiction and information-seeking.

Of all of the posts about substances, marijuana was by far the most mentioned, with over one-fifth of these posts related to marijuana in some way.

What makes these Yik Yak studies so useful is that the official government studies take a long time to conduct, not to mention the amount of money and labor spent on them. Door-to-door visits, phone surveys, data analysis – it’s a heavy effort. With Yik Yak, the data is all there. There are a few disadvantages though – namely that you have no way of verifying the truth of everything posted to the app. Anonymity may make people more likely to be honest, but it goes both ways. I mean, while it doesn’t make sense at all that someone would lie on the Internet, it really does happen.

If you have been charged with an underage DUI, an experienced defense attorney can make a world of difference for your future.

Got Too High? Here’s Our Green-Out Survival Guide

Got Too High? Here’s Our Green-Out Survival Guide