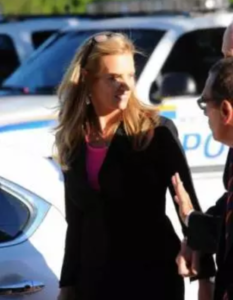 Recently, Kerry Kennedy stood trial for driving under the influence of drugs and consequently causing an accident with a tractor-trailer. The drug in question wasn’t marijuana or cocaine, but a generic sleeping pill akin to Ambien. Could something as innocent as a sleep aid really lead to a DUI?

The simple answer is yes. DUI charges pertain specifically to “alcohol or one or more drugs, or a combination of both alcohol and one or more drugs,” but this also includes prescription drugs and anything containing even a trace of alcohol. A woman in Tennessee for example, was charged with drunk driving after downing two eight-ounce bottles of vanilla extract; the common kitchen ingredient contains 35 percent alcohol per liter. That’s not the only half-baked story we’ve heard: a woman in Australia earned a DWI for being under the influence of liqueur—liqueur chocolates that is.

In terms of drugged driving, the law pertains to both illicit narcotics and to more traditional medications– whether they’re physician-prescribed or not. Xanax and Ambien are fairly common in drug-related DUI cases, though authorities need to prove both an active metabolite (a sign the drug has been used recently) and impairment (such as failing field sobriety tests, as Kennedy did). The same rules naturally apply to medical marijuana users as well, although Colorado has made it illegal to regard a marijuana registry card alone as probable cause for driving stoned.

As our attorney William Smith points out, however, nearly any substance can cause impairment and could be sufficient means for a DUI charge. These substances include the obvious, such as huffed fumes from keyboard dusters or glue, and the more unexpected, such as 20 cans of Red Bull. In fact, Germany had to warn motorists that Fisherman’s Friend, a popular menthol cough drop, could cause an alcohol-like reaction after a man tested nearly three times over the legal DUI limit with just three lozenges.

In cases that do not involve driving, people may seek an “affirmative defense of involuntary intoxication,” which would exempt their actions if they were unknowingly under the influence of a substance such as insulin or allergy medication. That being said, Colorado recently ruled that a virus cannot qualify as a “substance” that causes intoxication. In other words, being sick won’t get you out of attempted murder—though it would probably justify the days off work you’ll need to stand trial.