Landmark Ruling Says You Can Be Fired for Medical Marijuana Use 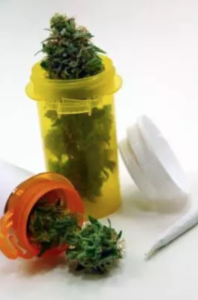 Just because you have a medical marijuana prescription does not mean you can smoke with impunity. As of the Colorado Supreme Court’s landmark decision last week, marijuana patients can be fired from their jobs after a failed drug test, even if there is no evidence of impairment.

The plaintiff in the case was Brandon Coats, a man who became quadriplegic after a car accident left over 80 percent of his body paralyzed. He worked as a phone operator for Dish Network and was fired after a random drug test found THC in his system. He lost his first trial under the grounds that medical marijuana is not a “lawful activity,” and appealed to state appellate court. There, he lost once more, with the courts saying that federal law trumped state law. The Colorado Supreme Court agreed.

There was never any evidence that Coats ever went to work impaired by marijuana. According to him, he used marijuana in the evenings, and by doing so he was able to work the next day without any discomfort related to his disability. His attorney described an excellent work ethic; in his three years at Dish Network, he was only disciplined twice for being late.

“Today’s decision means that until someone in the House or Senate champions the cause, most employees who work in a state with the world’s most powerful medical marijuana laws will have to choose between using medical marijuana and work,” Coats’ attorney wrote.

The divide between state and federal law leaves many of these medical marijuana patients in a sort of legal limbo. If you have any questions about medical marijuana and the legality of consumption, you should speak to an attorney who is familiar with the issue.

What Happens To Me If I Drive under Restraint?

What Happens To Me If I Drive under Restraint?