Is Smoking Weed on Probation Legal? 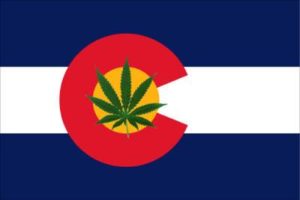 For the past 15 years, Colorado has allowed medical marijuana use, but if you were on probation and tested positive for marijuana, you could face serious consequences.

Can All Probationers Smoke Medical Marijuana?

There are exceptions to the new law that mean a person on probation, or “probationer,” could still violate their sentence.

When a person applies for probation, the person will be subjected to an alcohol and drug abuse assessment. Depending on the results of the assessment, the probation department may deny permission to the person to use medical marijuana.

There is also an exception for probationers convicted as a criminal under the Colorado Medical Marijuana Code, specifically the Unlawful Acts section of Part 9. Crimes under the code include things like smoking weed inside the medical marijuana center, selling your prescribed weed, allowing someone else to purchase marijuana with your prescription and other acts of that nature. That said, it is fairly rare for charges to be filed under the Colorado Medical Marijuana Code.

Also, despite what you may have heard on the news about this law, it does not specifically reference parolees. Whether parolees are allowed to smoke weed is up to the Colorado Board of Parole.

This new law has not had much opportunity to be tested. If you are on probation and have a prescription for medical marijuana, you should speak to your probation officer to determine whether smoking would violate the terms of your probation. Visit our marijuana FAQs for more information.

BAC Breakdown: The Body’s Reaction to Your Blood Alcohol Level

BAC Breakdown: The Body’s Reaction to Your Blood Alcohol Level