How Do Drug Possession Laws Differ in Colorado? 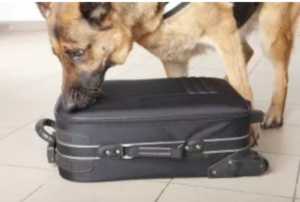 Imagine, if you will, a temperate December night in Niceville, Florida. Imagine that you’ve just been pulled over for a broken headlight, but the officer is really nice (as all things should be in Niceville) and says he can drive you home, since your license is suspended and you shouldn’t be driving anyway. Decision-time: do you accept the ride home? Maybe – but definitely not if you’re in possession of marijuana, unprescribed drugs and paraphernalia.

In late 2015, a Florida woman made the choice to accept the ride home. After the woman consented to a search prior to entering the police car, the officer discovered marijuana, a pipe and a single clonazepam pill, for which she did not have a prescription, in her wallet.

Questionable decision-making aside, was this woman simply a victim of location? Let’s examine the story and pretend that instead of Florida, the woman was arrested in Denver.

In Colorado, possession of up to one ounce of marijuana is legal, provided the carrier is over 21. The woman in our story was 41, so provided she had less than one ounce on her, she would be within her rights. However, having marijuana on her person while driving could prompt the officer to perform a drug test, and depending on how much THC is detected in her blood, she may face drugged driving or DWAI charges.

What about the pipe? Possession of drug paraphernalia in Colorado is a petty offense and is only punishable by a fine up to $100.

Lastly, the clonazepam pill. Clonazepam is a Schedule IV drug, and in Colorado, possession of a Schedule IV drug is a Class 5 felony. Ramifications for possession of the pill without a prescription could lead to a sentence of 1-3 years in prison and fines from $1,000-$100,000. However, given that it was just one pill, chances are her sentence would be significantly lower.

So, had the woman been caught with her stash in Colorado, there would still have been potential ramifications, but odds are she would be better off thanks to our legal marijuana laws.

The DUI defense attorneys at Thomas Law Firm work as a team to help you move past your DUI, DWAI or other traffic offense.

Former Councilman Left Out in the Cold after DUI Tantrum

Former Councilman Left Out in the Cold after DUI Tantrum