Good to Know Colorado: Playful Pot Education for the Masses 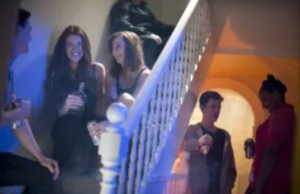 If you are an avid consumer of television, you have probably caught one or two of the new PBS-styled ads coming out regarding marijuana legalization. These ads are a part of a $5.7 million campaign (paid for by tax money from the “budding” legal marijuana industry) called “Good to Know Colorado” that stress education and responsibility about the use of cannabis in our state.

Using colorful cartoon characters, friendly, engaging voices and fanciful artwork, the ads offer citizens of Colorado a run-down of basic marijuana information. Previous ads, such as the “Drive High – Get a DUI” and the “Don’t Be a Lab Rat” campaign used stereotypes, ominous music and fear-mongering to drive home the dangers of marijuana. These new ads are much less Reefer Madness and much more Schoolhouse Rock – “For those underage, it’s just not OK. Their brains are still growing, so keep it away,” one singsong character chants to young viewers.

These ads display changing attitudes in our state regarding marijuana. Before last year, officials worried that legalization would bring an epidemic of teen marijuana use, a surge in crime or a spike in automobile accidents. So far, none of these fears have manifested.

By keeping the ads light and playful, Good to Know empowers Coloradans to be informed and make smart choices regarding cannabis use without demonizing the legal drug and the people who use it.

We encourage drivers to listen to the ads and to make the right decisions before getting behind the wheel of a car while under the influence of marijuana. If you do end up driving high and get pulled over, it is not the end of the road. Listen to our Attorney Jake Johnson explain how a skilled DUI defense lawyer can help you get your charges reduced or potentially dropped:

Did You Know?  More than 10 million Americans say that they’ve operated a motor vehicle while under the influence of an illicit substance in the past year. (NORML)