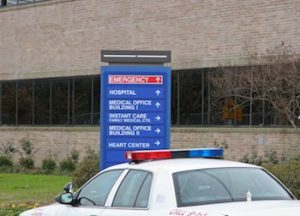 In the last few months a Colorado District Attorney and the Wisconsin Attorney General have asked the U.S. Supreme Court to clarify an issue that could change the way felony DUI cases are handled. The issue in question is whether the constantly lowering rate of blood-alcohol content is justification to draw blood without a search warrant. The underlying debate falls under the 4th Amendment, regarding unreasonable search and seizure, among other things.

In the case of Colorado v. Schaufele there is debate about the evidence gathered by a police officer after Schaufele was in an auto accident and believed to be under the influence of alcohol. After the accident, while Schaufele was in the hospital and unresponsive, an officer had a nurse draw blood for alcohol-content analysis. Mr. Schaufele argued that because the officer did not get a search warrant for the blood analysis, it was an illegal search and breached his 4th Amendment rights. The district court suppressed the blood alcohol evidence because no search warrant was issued and the Colorado Supreme Court agreed with the district court’s suppression.

If you have a DUI case where blood was drawn and analyzed without your consent or a search warrant, our attorneys might be able to help. Give us a call at (720) 542-6148.

My Teenager Was Ticketed for Minor in Possession, Now What?

My Teenager Was Ticketed for Minor in Possession, Now What?