D’Oh DUI?: The Case of the Accidental Thief 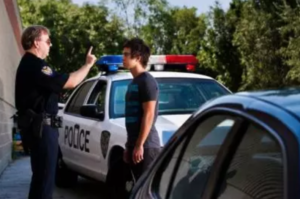 Alcohol is a powerful drug. It lowers inhibitions and can make people do things they might never do sober. Picture the following, for example: a man visiting out-of-town family or friends celebrates a little too hard. Midnight comes, and he just wants to go home, so he grabs his keys and mistakenly decides he’s sober enough to drive. He goes out to his rental car and climbs in – he notices the interior feels a little different, but that’s probably just the alcohol – and heads down the road. He was not okay to drive – he gets lost and crashes into another vehicle. When the police arrive, they inform the driver that his car was not a rental at all – it was stolen, and he was the thief!

Can alcohol make someone steal a car? Apparently so: it happened to a visitor to Steamboat Springs recently. The visitor was arrested on suspicion of DUI and careless driving after causing a two-vehicle wreck. Fortunately, no one was injured, but there’s more to this typical DUI story than meets the eye. The police insisted the silver Jeep Grand Cherokee driven by the alleged intoxicated driver was stolen, much to the driver’s befuddlement. He was certain the car was a rental; surely he’d remember stealing a car.

Around midnight, a woman reported her Jeep missing, with her purse, keys and cell phone left inside. The police followed GPS tracking of the phone in an attempt to find the car, but the car found them – at the scene of the two-car accident, in the hands of our would-be intoxicated thief.

Investigators to the scene of the theft found a silver rental Ford Escape parked next to the last known location of the missing vehicle.

It didn’t take long for police to put two and two together: the intoxicated driver mistook the woman’s car for his rental car and drove away with it. D’oh!