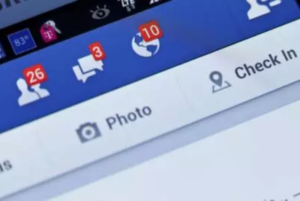 A New Jersey woman, leaving the bars after 3 in the morning, had a eureka moment as she sat in her car with her friend, contemplating her chances of being pulled over for drunk driving. It was a genius plan, she surmised, and devious, too. Almost foolproof. And she would’ve gotten away with it, too, if not for that meddling social media.

At 3:15, Wayne, NJ police received a call from a frantic woman saying that someone was being assaulted in the parking lot of a nearby bar. Within two minutes, officers responded, but when they arrived, they found no such assault. That’s because there wasn’t one – it was all a plot to get the police to congregate elsewhere so that the woman could drive home without worrying about police.

She made it home, but the story did not end there. The woman got on Facebook to gloat about the success of her plan with an insult toward the police. Not long after, she was found and charged with filing false reports to law enforcement and creating a false public alarm.

Under Colorado law, the crime of false reporting to authorities carries with it a minimum $50 fine and a maximum six months in prison and $750 fine. Hearing that and knowing that the penalties for a first DUI are usually higher than the penalties of false reporting, it may be tempting to pull a scheme similar to this New Jersey woman’s. However, consider that those distracted police officers could be out there helping people who truly need it. If you are so intoxicated that you are considering a false police report, do yourself, the cops and society as a whole a favor and call a taxi or Uber instead of 911.

The defense attorneys at Thomas Law Firm serve clients through the state of Colorado.