5 Things to Know About Getting Auto Insurance Post-DUI 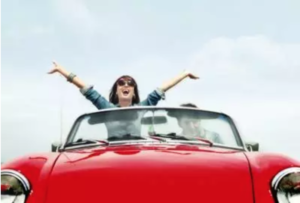 If you’ve been convicted of drugged or drunk driving, you’re likely counting down the days until your driving privileges are reinstated. When that momentous day finally arrives, however, so does the burden of securing proper car insurance—something you need to legally operate a vehicle in Colorado, and something that’s going to be a little harder to get as a “high-risk” driver. We spoke with independent insurance agent Jason Billingsley so you’ll know exactly what to expect once the time comes to hit the open road again.

1. Yes, insurance companies will find out about your DUI, and no, the standard companies probably won’t insure you.So long, Flo. Although it is possible to initially mislead an insurance provider by pretending you never received a DUI, that skeleton in your closet will be revealed as soon as they enter your name inthe National Driver Register and the Comprehensive Loss Underwriting Exchange (C.L.U.E.) database—both of which must be checked before issuing a final quote.

And like the pre-Obamacare days, insurance companies have the right to deny coverage to “high-risk” drivers. This moratorium typically lasts five years after you were first charged with a DUI; some providers could review up to seven years of your driving record though, whereas others may have a look-back period of only three years. Regular insurance companies typically don’t take on someone with a DUI or DWAI on their record, so you’ll have to turn to what are known as “non-standard” companies—and even some of these providers could deem you too risky to insure if you have other major violations on your record.

2. Never fear, someone will insure you. If all else fails, the Western Association of Automobile Insurance Plans (WAAIP) helps those who have been denied coverage find auto insurance by forcing local companies to underwrite a quota of “bad risk” drivers. Since WAAIP caters primarily to the riskiest of drivers, the policies offered through this program generally come at a higher cost than in the rest of the market. Therefore, ask an insurance broker to first inquire with as many non-standard providers as possible before pursuing this route.

3. The worse the circumstances, the higher the premiums. It is one thing to get a DUI while weaving down the street, another to get a DUI in a car crash, and another to get a DUI because of a car crash in which you were speeding. According to Billingsley, it wouldn’t be unreasonable for a high-risk driver to be charged a premium up to five times higher than with a standard auto insurance policy. Unfortunately, enrolling in alcohol education programs or installing an ignition interlock won’t impact your insurance costs; an improved credit score, an insurance company’s desire to redefine its risk strategy, and the longer ago the major violation occurred could, however, help lower those premiums as time goes on. Consequently, the best course of action is to have a trusted insurance agent periodically research the market for better deals.

4. Don’t overlook the “SR-22.” If you’ve had your license revoked or suspended due to a major violation such as a DUI, you may be required to file “Safety Responsibility Form #22” for a number of years (usually three) to prove you have sufficient insurance coverage. The insurance company will normally deal with this statement of financial responsibility, but If your insurance lapses due to non-payment, switching providers, or for any other reason, they will file an “SR-26” with the Department of Motor Vehicles and your license will again be suspended until the SR-22 comes back into play.

5. Even if you meet Colorado’s minimum requirements for car insurance, you could still be underinsured. Colorado requires that all drivers be covered for $25,000 worth of bodily injury per person, with an aggregate of $50,000 for all persons and $15,000 for property damage. High-risk drivers will be forced to pay much more for these minimum plans than average drivers, so it will be tempting to settle for just the most basic coverage in order to have the lowest monthly payment possible.

Naturally, this exposes high-risk drivers to additional liabilities. If, for example, you total someone’s brand new BMW and cause $40,000 worth of damage, the minimum required insurance will only cover $25,000 of that and the other driver might sue you directly for any additional amounts. The alternative, of course, is to pay higher insurance premiums to get a more standard level of coverage, but it could be worth it in the long run—especially if you’ve already shelled out $10,000 for a DUI.

While talking geckos and cartoon generals might have catchy slogans, it’s easy to skip a box on an internet application or to be misled by the variety of plans out there. An insurance agent well-versed in non-standard insurance situations, on the other hand, could appropriately assess the risk appetite of various providers in the market to find you the best price and coverage—which ought to make you far happier than Dikembe Mutombo blocking a shot while also riding a camel on a Wednesday.

Jason Billingsley may be reached at 720.984.2202, or via email at jason@commonwealthinvestmentadvisors.com.

One Compact to Rule Them All: How Colorado Handles Your Out-of-State DUI

One Compact to Rule Them All: How Colorado Handles Your Out-of-State DUI