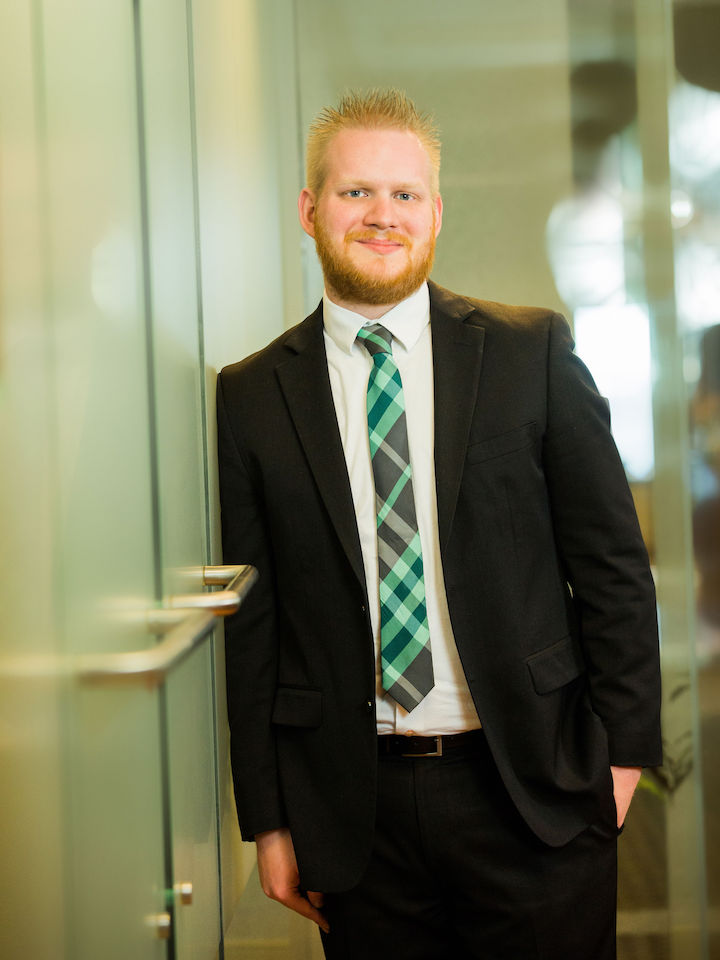 Attorney William Taylor began the path towards his legal career back at Bear Creek High School in Lakewood, CO, where competing in mock trial for four years helped him to realize his passion for litigation. There was no looking back after that, where even as an undergrad at Boise State University he was the Vice President of Pre-Law Society, helping students prepare for law school.

After leaving Colorado for his undergraduate degree, William returned to attend law school at the University of Denver Sturm College of Law. During this time William made his mark at DU, throwing himself into many of the student organizations to gain as much experience and exposure to the law as possible. William was the Editor-in-Chief of the Sports & Entertainment Law Journal and President of the Sports & Entertainment Law Society, and also competed on the MLB Arbitration and NBA Negotiation Teams. He was also the Director of Judges for the Student Trial Lawyers Association, the Vice President of Judge Recruitment for the Moot Court Board, and an Assistant Coach for the University of Denver’s undergraduate mock trial team. William has since taken over as the Head Coach for DU’s undergraduate mock trial team.

William’s incredible involvement in student organizations did not prevent him from showing his academic prowess, however, graduating with the distinct recognition of Order of the Coif, an honorary scholastic society that is nationally recognized amongst law schools for those who graduate in the top 10% of their class. Additionally, in his third year of law school, William worked in a year-long clinic where he devoted an average of 35 hours of work per week for his clients. He was awarded with the Student Attorney of the Year Award for his dedication to his clients and his legal prowess over the course of the year.

William’s work at Thomas & Associates began as a law clerk following his first year of law school, where his first case was a particularly complex domestic matter on its third appeal. Over the two years William clerked with Thomas & Associates, he gained valuable insight into the complex workings of the law by handling four successful appeals in the areas of domestic and civil law. He was also able to participate in countless criminal, civil, and domestic trials, as he assisted the attorneys with legal research, trial preparation, and the like.

As an attorney with Thomas & Associates, attorney William Taylor looks to continue his civil, domestic, and criminal defense work with the firm, diving head first into his case work to zealously advocate on behalf of his clients.

Over 67 years of legal experience

When contacting our offices one of the first questions people will often ask our defense attorneys is “What is the chance of winning a case in Colorado?” Every case is unique and presents a different set of circumstances. For example, a case in Aurora would be defended differently from a case in Denver, or a case in Lakewood. However, the sooner you contact a lawyer, the greater your chances are of getting a favorable outcome. Our attorneys have the combined experience of handling thousands of cases throughout their careers.

When a victim is injured and claims that your organization is responsible, you want to do all you can to protect your investment. Fortunately, there are multiple defenses available under Colorado law, which may defeat the plaintiff’s claim or reduce the compensation he or she can recover.

Car accidents are disturbingly common, but they can have a serious impact if your Denver business is implicated in the incident. Victims often go for the “deep pockets” of organizations, especially when the amount of the claim is higher than your insurance coverage.

Whether you own a business in Colorado, California, or Alabama, there are state and federal regulations to which you must adhere. If you violate a law, are responsible for an injury, or violate a person’s rights, you may find yourself the victim of a lawsuit. To protect yourself in the event of a lawsuit, have a Denver business employment lawyer on retainer. Call the Thomas Law Firm to learn more about our practice and how we can help you.

As a Denver business owner, you have a duty to maintain your property in a safe condition and to remedy any hazards that may cause a risk of injury to people who enter.

You work hard to keep your Denver business thriving and a key factor in your organization’s success is workplace safety. When accidents do happen, the associated workers’ compensation claims can take an unfortunate toll.